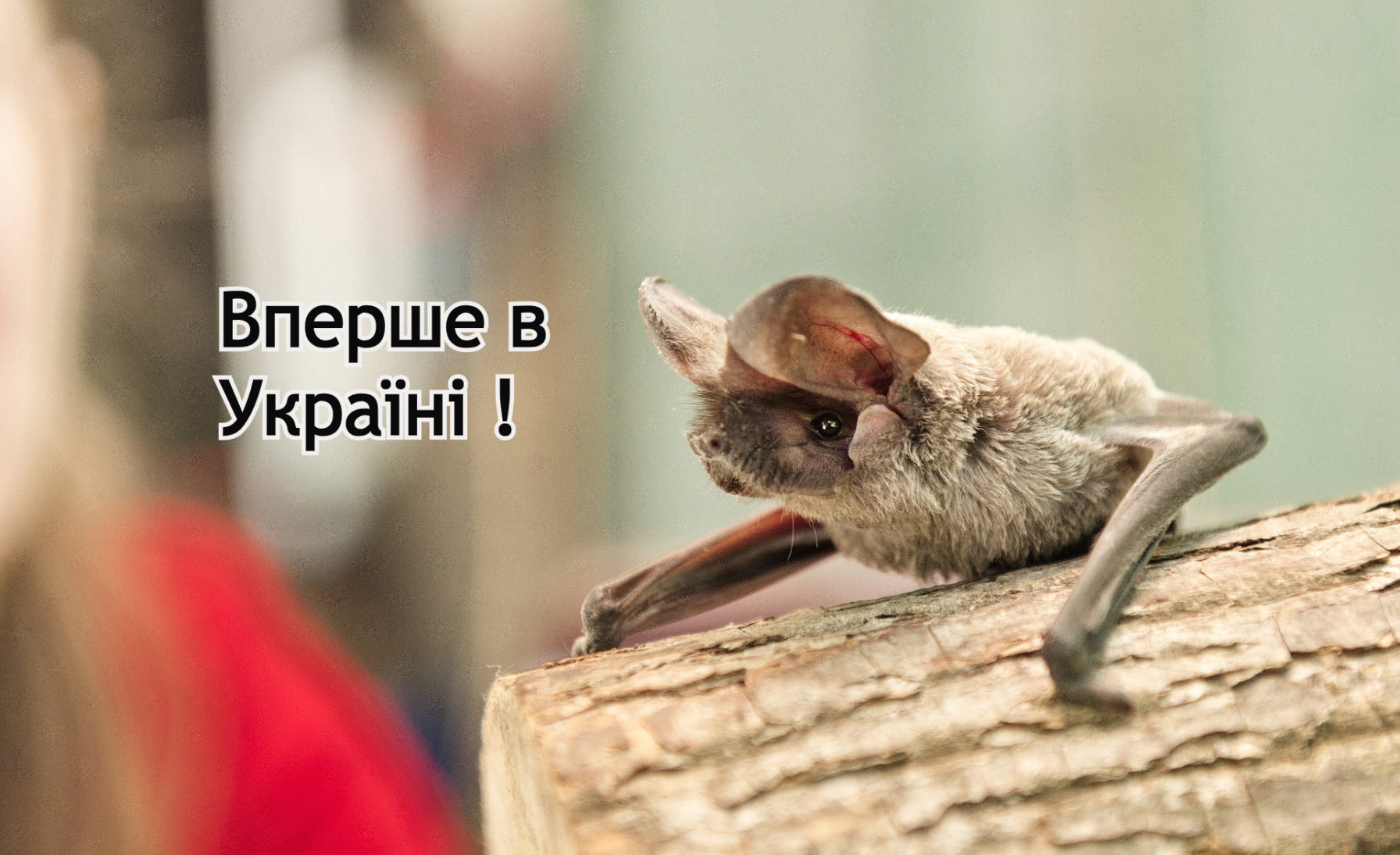 On June 16, a Kharkiv resident asked our Bat Rehabilitation Center of Feldman Ecopark to pick up a bat from her apartment. We came to the rescue and were extremely surprised to find an unusual bat for our region! It was taken for rehabilitation and the species was identified – it turned out to be a free-tailed bat (Tadarida teniotis) from the family of Molossidae bats. This is an amazing scientific discovery, as such bats are not found in our region. Their range is much further south – the Mediterranean, Bulgaria, the Caucasus and probably the Crimea.

Until now, in Ukraine, scientists have registered this species only in the Crimea and only on the recordings of echolocation signals using an ultrasonic detector (2009). The free-tailed bat flies quite fast at high altitudes, emitting low-frequency ultrasound. It feeds on insects, and roosts in rock crevices. How an adult male of European free-tailed bat was found 700-600 km north of its range remains a mystery.

However, we have two theories: either we are witnessing how global warming affects the fauna, or this bat was brought to Kharkiv by accident along with cargo, road or rail. There are known cases of these bats after a night hunt, hiding in railway cars or on ferries during the day, and traveling hundreds of kilometers. On the other hand, in North America, another species of free-tailed bat is a common inhabitant of cities, where it settles in the cracks under bridges. Whether this finding will remain only an isolated case, or over time our cities will be inhabited by a new species of bats from the south, we will see over the next 10 years.

Currently, this unique bat is undergoing rehabilitation at the Bat-Collider summer aviary at Feldman Ecopark. We are planing to return it to the wild in the region close to its range (Crimea).