Kharkiv lesopark is a a favorite place of recreation for the citizens of our city. It is north part of Kharkiv where the wildwood somewhere older than 200 years wedged in apartment block. The wildwood near the town border attracts not only wishing to walk but also researchers-naturalists. Among people loving and studying nature there are zoologists also. The first documented bat record in Kharkiv lesopark it is great noctule caught in the end of August of 1935. That same year when young naturalists and students of Kharkiv accomplished regular “raids” to the lesopark to find bats. From mid 1930th to the end 1940th about 50 findings of 8 bat species were done: water bat, great noctule, lesser noctule, serotine, common pipistrelle, pipistrelle, long-eared bat, and very rare species – giant noctule (now deleted species on Ukraine territory). The most intensive research of bats in lesopark were conducted by then student of biological department of Kharkiv national university Gennadiy Petrovich Moskovsky. Unfortunately the fate of this talented young researcher was tragic. 1941 he was drawn to the force of students-volunteers and has killed in battle of Naro-Fominsk in November of 1941. 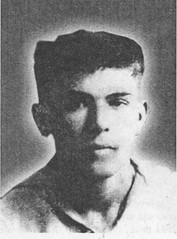 In research of bats in Kharkiv lesopark Alexander Sergeevich Lysetsky took part actively. Later he became an associated professor of chair of zoology of Kharkiv University and he continued researches to 1949. However after 1950th the bats of lesopark came out of objects of regard of Kharkov naturalists.

After significant break in 2010 specialists of  KharkovBatGroup renewed bat researches in lesopark. Primarily the task to clear which bat species is conserved in Lesopark in the intervening years and to find out and map the places of colonies localization in tree hollows was set. Under Ukrainian laws sites of bats as animals included to the Ukrainian Red list must be preserved from human (for example, limitation of cuttings in the forest).

The closeness of Lesopark to the city makes it practical ground for ecological and educational work and practice for young naturalists and students. Per years of research specialists of Kharkov Bat Group engaged to the researches more than 30 people, firstly the students of biological department KhNu and young naturalists of Kharkov zoo and also unindifferent Kharkov people. 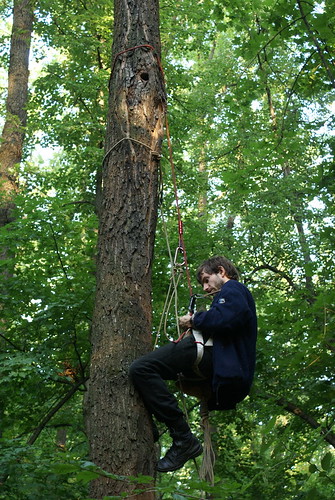 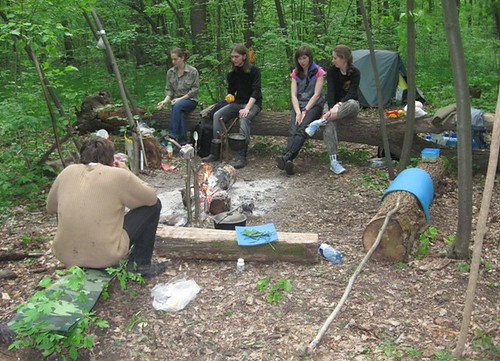 Summarizing the results of bat research in Lesopark it is succeeded to clear that there are as minimum as 9 bat species on this territory: Daubenton’s bat and pond myotis, common noctule and lesser noctule, Nathusisus pipistrelle, common pipistrelle and Kuhl’s pipistrelle, common serotine and grey long-eared bat. We found one more species than it was known in 1930th. However on the one side the modern methods of bat trapping are more effective than in the past, but on the other side nothing less than all these species give birth young on the territory of Lesopark. For example in the past nidifugous colonies of lesser noctule were known in Pomerky but now this species occurs in Lesopark only in migration period. The most interesting modern finding is Pond Myotis, it is rather rare and sporadically dispersed species settling near large ponds. The young male of this species was caught in Lesopark suggesting that pond myotis breeds on this territory. At the present time the giant noctule – the species disappeared both in the Lesopark and in the most of Ukrainian regions – was not found.

The forest cuttings are the most probable cause of giant noctule disappearing, at that not only because of reduction of forest area but also at the cost of forest structure change (cutting of old dry woods).